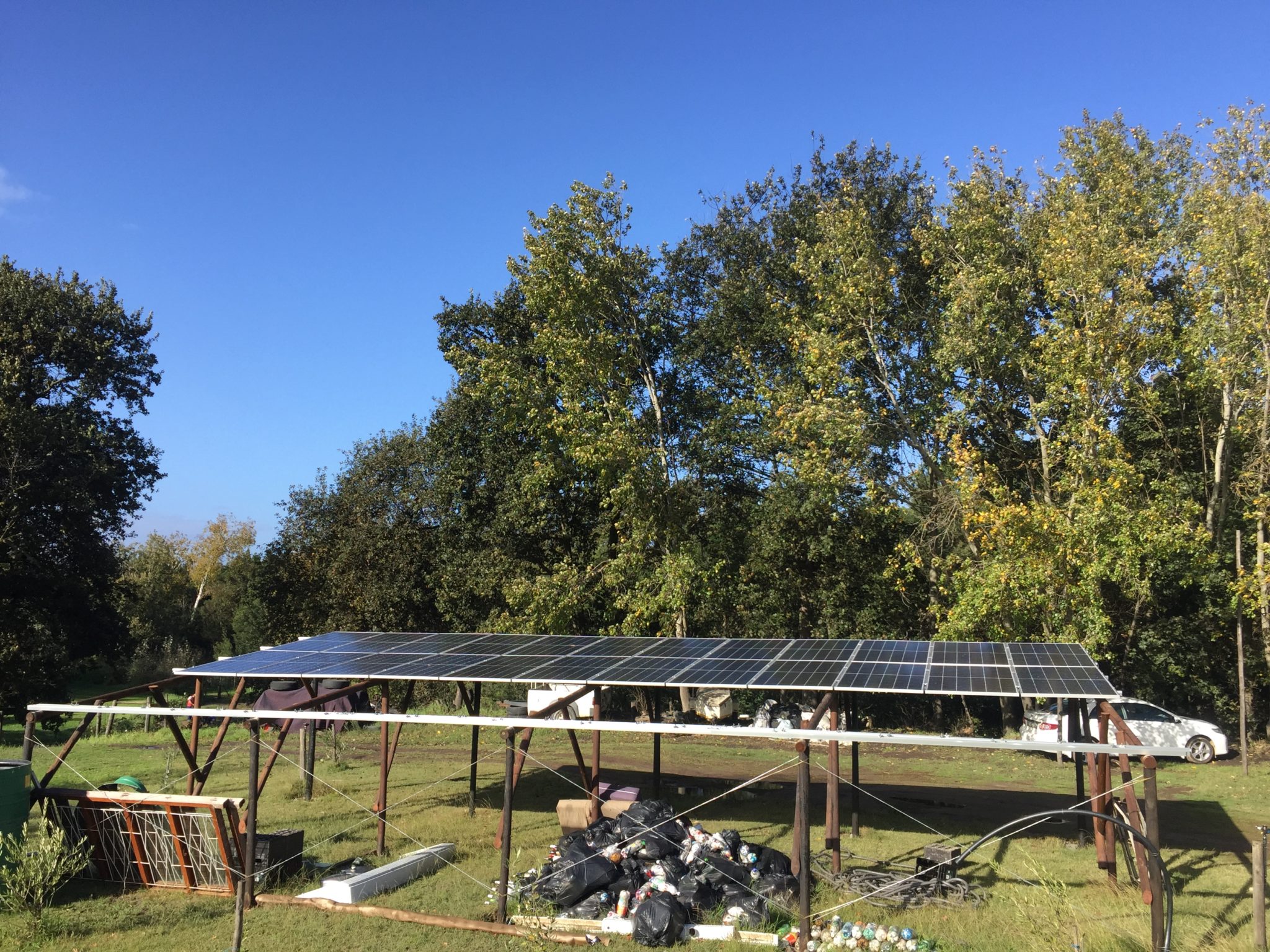 Whilst Underhill farm has been solar powered since the early days, the electrical needs of the farm have increased (the number of cottages has increased from 2 to 7) and as such the solar system has been long overdue for an upgrade.
Fortunately Dorman projects (www.dormanprojects.co.za) have come to the rescue with an upgraded solar system. Details include the construction of a 84m2 car port / yoga deck – giving spaces multiple uses is a quick win in reducing our impact on the planet.The structure is an exercise in going green, and include:

– the structure is made from bluegum poles, half of which were recycled from a local vineyard. Wood was chosen over steel as it is a greener product – special care was used to protect the poles, and the part of the pole that goes in the ground was coated in used engine oil – it was encased in concrete to prevent the oil from entering the soil.

– the back wall will be built from eco bricks collected from schools in the city (many thanks to st Cyprians as a major donor).- 24 new panels create half the roof, with the remaining 24 being the recycling of the existing panels on the farm – they need to be relocated from existing cottage roofs, as the trees around the cottages have grown and are shading the panels.
A new inverter will be able to manage the extra load. It is hoped that the new solar array will be able to cater for all the farms needs even when it is overcast, and production and consumption can be monitored online. Keep an eye out for updates to follow as the structure is completed – we can’t wait to turn it on!